The third sprint featured lots of updates and new curriculum, plus the development of a new website

Library Carpentry ran a two-day hackathon over 10-11 May as part of the annual Mozilla Global Sprint.

This was the third hackathon run by the worldwide Library Carpentry community. As ever, it was a great success, pulling in a number of people new to this community. Sprint participants from Melbourne had attended their first ever Library Carpentry workshop only a week before.

Pre-sprint, all the repositories formerly housed in data-lessons were moved over to the new Library Carpentry organisation on GitHub.

There were 3,138 views of those repositories during the sprint, with 341 unique visitors. More than 150 pull requests and issues were raised against the lessons, with the git and sql lessons getting some much-needed attention. Thanks to François Michonneau for his help in wrangling these numbers.

Broken down by the individual lessons, these numbers were:

The organising etherpad directed people to where the action was, and this blog post laid out our plan of work for the two days.

Chris Erdmann led the charge in the northern hemisphere from the UCLA sprint site where he joined Tim Dennis and others. A number of the UC libraries contributed to the sprint with dedicated sites at San Diego, Berkeley, and San Francisco. There were also sites in New Haven, New York, Florida, Arizona and Kansas, while a number of people worked remotely.

Juliane Schneider used The Carpentries’ Code of Conduct as the basis for new exercises during the regex part of the lc-data-intro lesson.

Led by Peter Neish and Jaye Weatherburn, a team at the University of Melbourne’s site in Australia drew up plans for a new digital preservation lesson, while others in Australia worked with the UCLA team to create new materials around the FAIR principles. (FAIR is an acronym for Findable, Accessible, Interoperable, Reusable).

These new lessons on FAIR principles in research data, and digital preservation, created during the sprint, are open for discussion, updates, additions, and comment.

Belinda Weaver in Brisbane worked flat out on preparing the new Library Carpentry website for launch, lodging more than 230 commits to get the repository ready. See it at http://librarycarpentry.org/.

Cam Macdonell updated all the lessons to the new style.

Non-technological sweeteners included Belinda’s hazelnut torte in Brisbane along with scrumptious-looking cakes from the Melbourne team and the UCLA team (adorned with hashtag!). 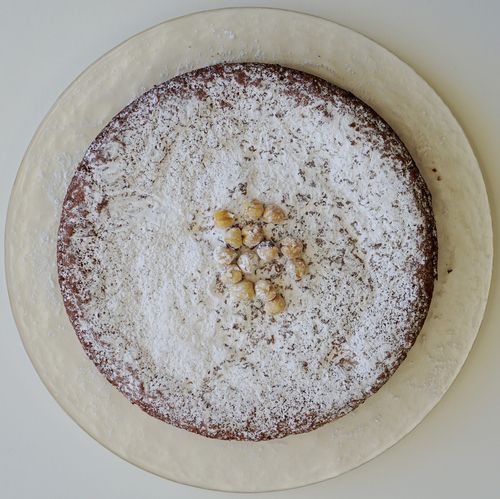 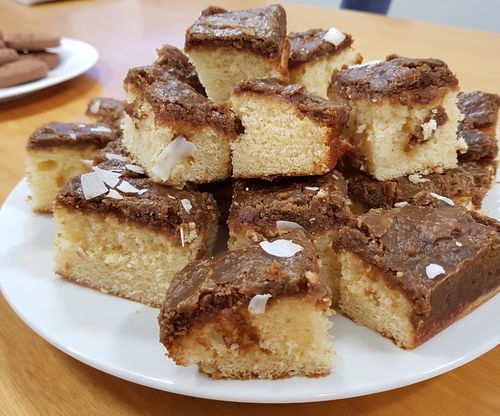 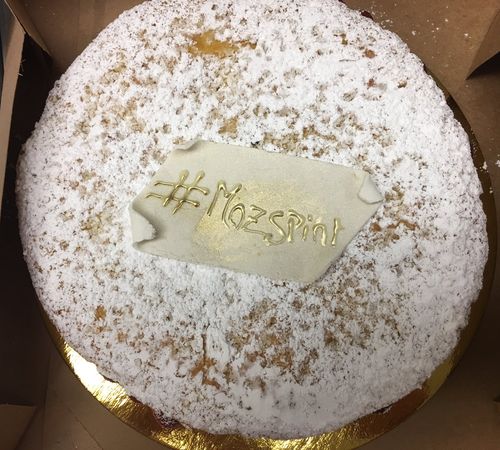 Library Carpentry has pretty much singlehandedly made the Twitter hashtag #mozcake a thing!

Want to get involved in Library Carpentry? Check out all the ways you can get in touch.